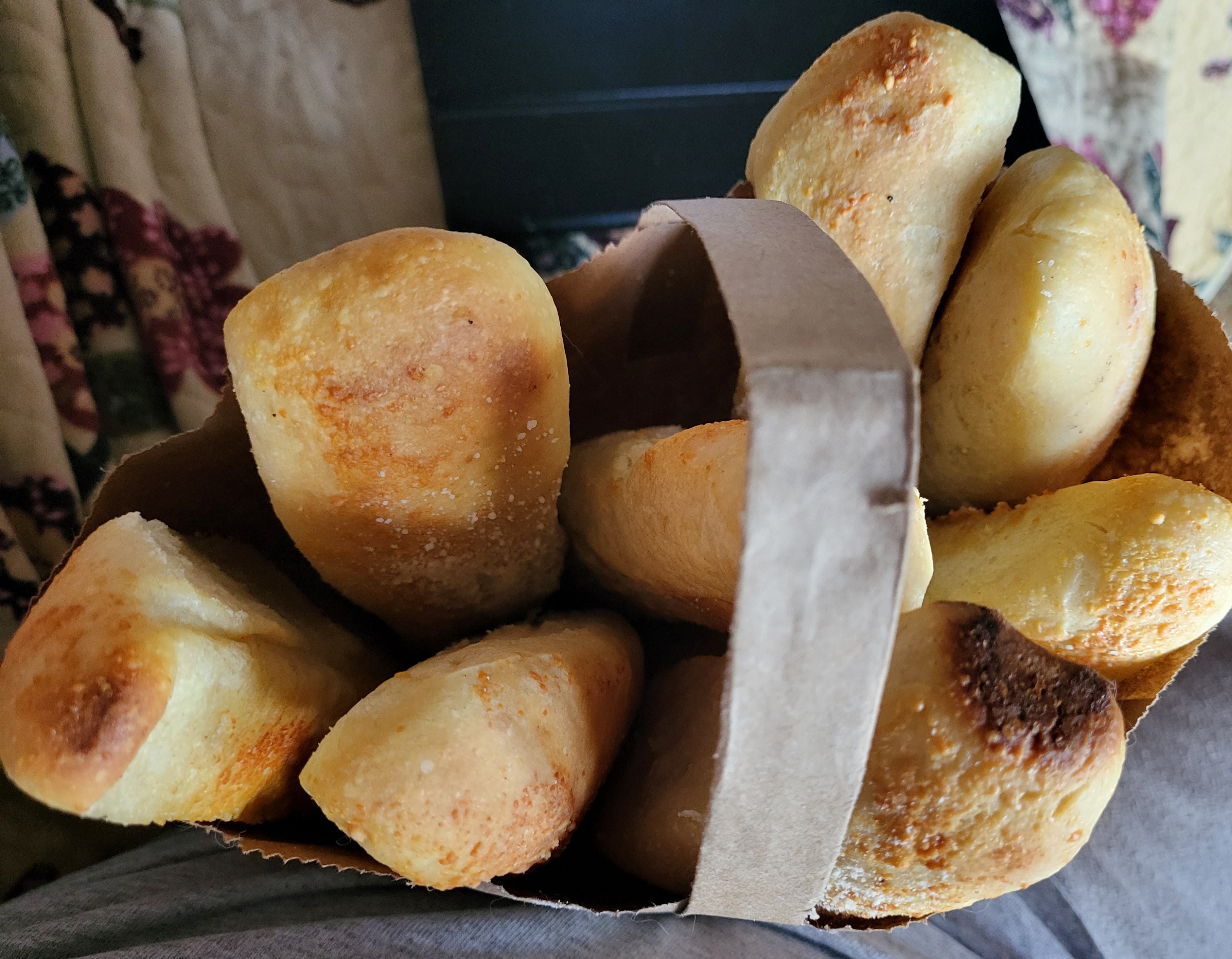 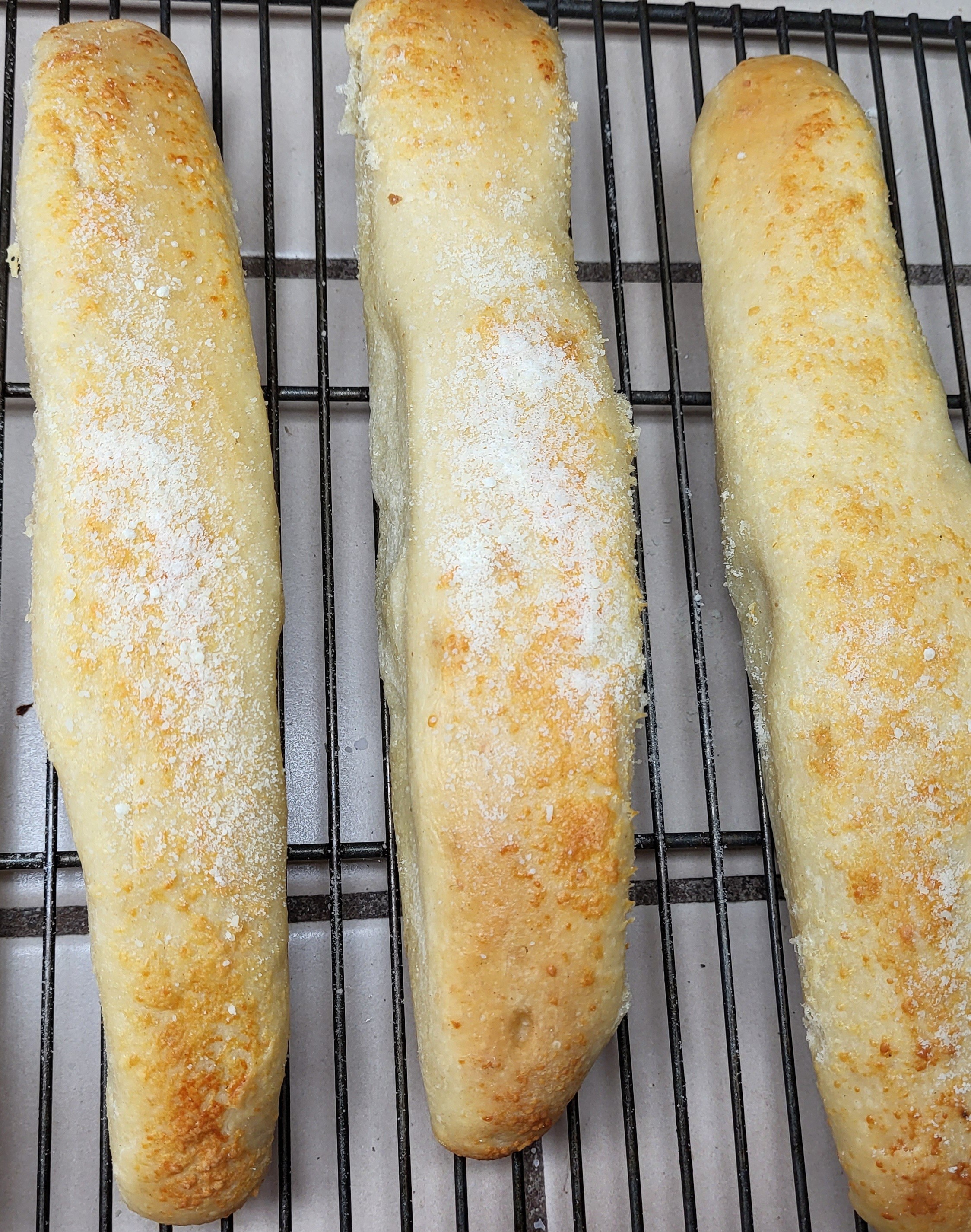 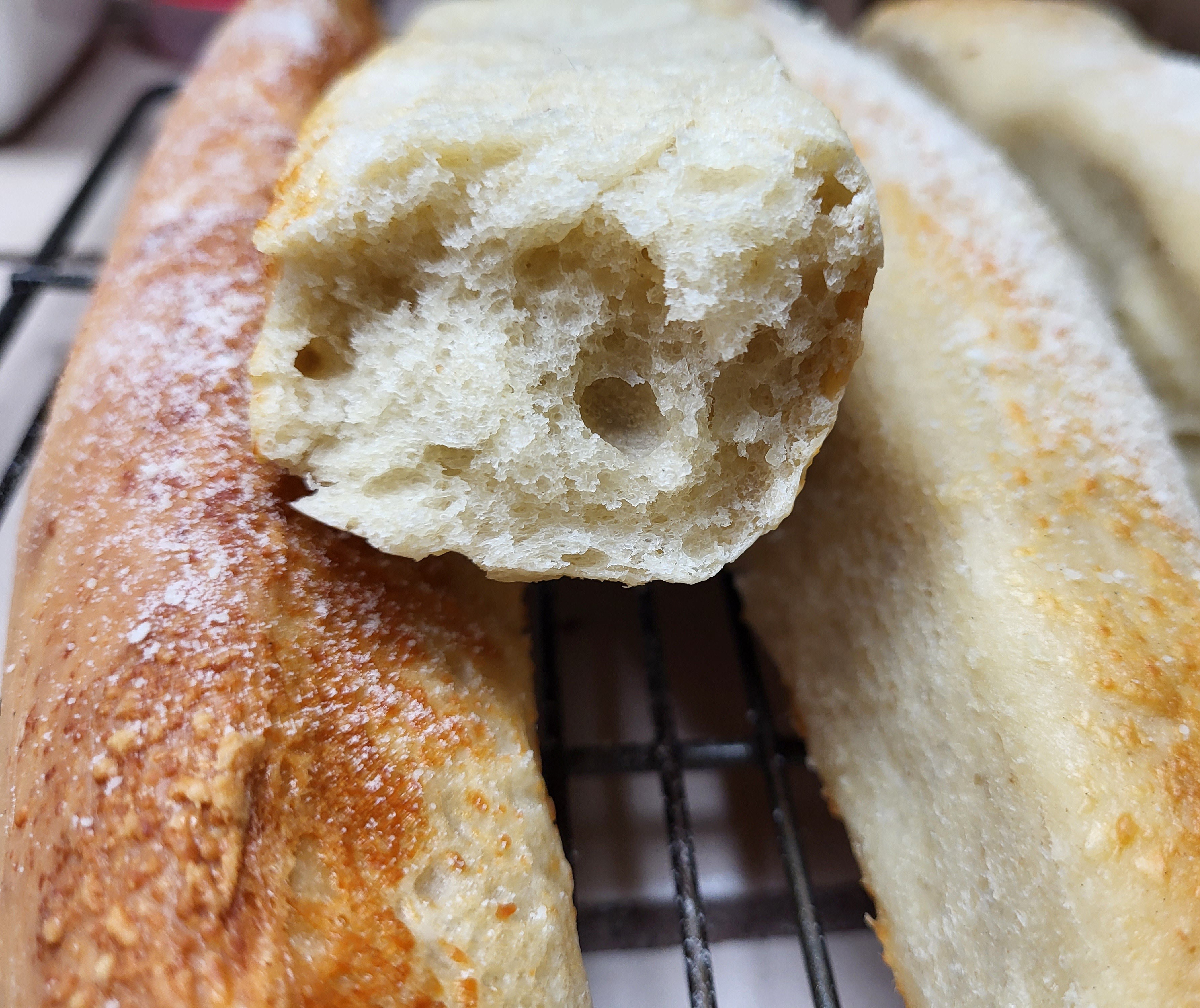 I know I need to tweak my shaping but these are just a minor modification of my basic pizza dough recipe.

This bake was done at 425F degrees without convection for 20 minutes to an internal temp of 203F degrees. I would like to get just a little bit more color without sacrificing moistness or softness of the crumb.

Do you think using the convection mode would give a bit more browning of the crust and maybe a shorter bake time at the same temp, without drying out the crumb?

Thanks and best wishes. Dave

Since you mentioned pizza dough, my mind immediately went to Tony Gemigniani's recommendation to use some diastatic malt powder (which will make some more sugar out of the carbs in the dough.)

Convection mode, as you brought up, may help browning, but wait until the last few minutes at  the end of the bake, so it doesn't interfere with expansion.

Another option could be using the broiler (top heat), again as Tony G does for his pizza, and waiting until the last few minutes.

Using a little milk, or even some table sugar, in the formula would also make some more sugar available for the browning action.

The only one of your suggestions that I had also thought about was browning under the broiler, but your other recommendations are what I will try first.

Not trying to change the texture of the crust, only add a tiny bit more color.

Thanks very much. Dave